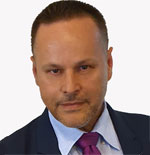 Born into a traditional medical family, Dr. Damir A Shakambet, at the age of 23 graduated as a medical doctor in 1984, and after working in hospitals and as a GP, he embarked on naturopathic education. Since then, into his practice of medicine, he has been incorporating: Acupuncture, Chinese Herbology, Nutrition, Homeopathy, Bioresonance, Hypnotherapy, Chiropractic techniques, Psychotherapy and Bodywork techniques (Lymphatic Drainage Massage, Kinesiology, Cranio-sacral therapy, Postural Alignment, and Bioenergetics).

In the attempt to treat diseases by means of facilitating self-regulatory mechanisms, Dr. Shakambet learned how to restore negative psychological, physiological, structural, postural, nutritional, bioenergetic, and environmental influences on human health. Along that process he developed a uniquely individualised and holistic treatment methodology, which reactivates PNEI to realign psychosomatic correlations and regulate cellular signaling, ultimately developing a multi-disciplinary integrative model of Bioregulatory Medicine.

His medical approach is based on creating an individualised bioregulatory protocol for each patient, based on biological systems involved and by facilitating self-regulatory mechanisms with interests towards osteo-muscular conditions, hormonal treatments, psychosomatic, inflammatory and immune diseases. He is an integrative medical doctor practicing at the Biomedic Centre in Marylebone, London since 1994. In 2007 Dr. Shakambet published his first British Bioregulatory Formulary.

As a pioneer of Bioregulatory Medicine, he's at the forefront of developing academic programmes for teaching conventional doctors and practitioners how to most effectively apply bioregulatory health strategies. In doing so, he is also demonstrating to allopathic doctors how to lead and professionally co-operate with the growing profession of alternative and complementary therapists, pointing towards the most efficacious direction of scientifically integrated medicine.

Being a lecturer at Westminster University in London UK, and various Acupuncture and Homoeopathic colleges in London, he became a prominent international speaker at medical conferences, and a member of various academic boards and committees worldwide, including an Honorary Member of Colegio Medico of La Paz, Bolivia, Honorary Fellow of Institute for Complementary and Natural Medicine UK and an Honorary Fellow of the British Society for Bioregulatory Medicine. 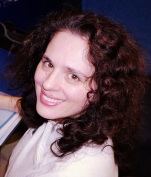 As a young physician practicing general medicine, Dr. Bosh enrolled in a postgraduate study of pharmacology which ironically precipitated her enthusiasm towards exploring the drug-free medical approach. She consequently began studying different Eastern and Western therapeutic methodologies, both ancient and contemporary, with aspirations to update Hippocratic medicine and align it with a new millennium understanding of systems theory. As she incorporated a variety of CAM therapies into her medical practice, including Acupuncture, Herbology, Nutrition, Homoeopathy, and Antihomotoxic therapy, Iridology, Cranio-sacral therapy, Bioenergetics, and a variety of Bodywork techniques – Dr. Bosh found her prime fields of interest in preventative, regenerative and psychosomatic medicine. In the attempt to integrate them into one unified system. Working together with Dr. Damir Shakambet, in 1994 they postulated principles of a Bioregulatory System of health care.

Driven by her research into the illness-formative process of psychosomatisation, and a desire of finding a way to reverse a pathological process back towards health, Dr. Bosh defined a condition of ‘latent disease’, and refers to it as Presomatic Syndrome. This has helped her to define the nature of psychosomatisation and its opposing somatopsychic process, and create a new authentic therapeutic methodology, known as Bioregulatoy Psychosomatic Bodywork. In 2000 Dr. Bosh was granted a lifetime membership to the Millennium Awards Fellowship for her contribution to society in the treatment of Post-Traumatic-Stress-Disorder (PTSD).

In 1994 together with Dr. Damir A Shakambet, Dr. Bosh co-established the Biomedic Centre and the Biomedic Foundation that runs International Society for Bioregulatory Medicine establishing and teaching specialisation in Bioregulatory medicine worldwide.

Dr. Bosh is a member of the Royal Society for Public Health, British Register of Complementary Practitioners, an Honorary Member of Colegio Medico of La Paz, and Honorary Fellow of the International Society for Bioregulatory Medicine.